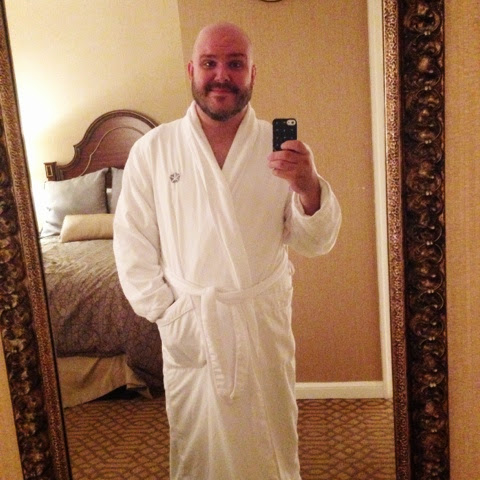 I’m on my last day of my first trip to Southern Decadence in New Orleans. The festival which celebrates who knows what is weekend long party that brings out the masses.

Drinking
Having never been to New Orleans at all there were a couple of things I wanted to check off my list. I should mention that this was a party weekend and not a siteseeing culture weekend. First item to be crossed off the list was a visit to the infamous Rawhide. Know for its legendary dark backroom, this is one bar not for the faint of heart. When we walked in (after a $5 cover) it was completely dark and a friend usered me to the back for a closer look. I’m not sure how to get across how packed it was back there. It was so annoyingly full that any minor chance for sexiness was gone. GONE. We didn’t stay long as our trip was more of a “to say we had done it” adventure and most of my time was spent trying to get to the bathroom. After that we headed back to the gay end of Bourben St for more drinking. If you’ve never been to NOLA it’s set up like a never ending street party. All the bars are open floor plans and people generally drink and congregate in the street. It’s easy to over do it because NOLA bars don’t have the normal 2am last call so you can drink till the sun comes up. Many people are fond of one of the many specialty frozen drinks offered. I tried a Purple Daiquiri (Purple Drink) at The Blacksmith which tasted kind of like a purple freeze pop. Basically think of a alcoholic Seven Eleven slurpies. There was also a banana flavor that was to die for and if you’re diabetic that’s not a far stretch. The other bar on my must see list was The Phoenix. It’s basically like the Rawhide but half a point classier. It too has a ‘backroom’ thats located in their second floor attic/loft space. This sexspace had more lighting and even a bar in it but again was so backed it made any chance of coatis impossible. Also being an attic in August you can imagine that it was a little warm to say the least. Best part was that soon after we reached the top of the stairs the man in the sling fell out of it with a very loud thud on the floor.  I liked the Phoenix better than Rawhind only because they had a little block party set up outside and the people watching was top notch. There were hot cubs in jock straps intermingled with a tall skinny man dressed as Disney’s the Sorcerer’s apprentice complete with Hannes undies and a fanny pack.  (No I’m not kidding) It was sensory overload of good and bad.
The Food
As you know I’m not the most adventerous eater so most of the food New Orleans is famous for is lost on me. I felt no need to try any cajin seafood dishes and instead stuck to my usual pizza and burgers. However I was told to go to Cafe Du Monde regardless of my pickiness. We headed there early Friday afternoon and their world famous beignets were as good as expected and surprisingly inexpensive. Tip: if you ever come to NOLA, Cafe Du Monde is open around the clock and it’s less busy in the late evening. Also there is a To-Go window so if the restaurant is busy you can also avoid lines and carry them away.
The Pool, The Bearrun
Southern Decadence felt very much like a bear run with a lot of non bears included. This is a great trip if you and your partner have opposite taste in guys. There were horny packed pool parties on the roof of the Omni during the day where guys got drunk and got off. Unfortunately no hotel is complety sold out just to the gays/bears so there is a good chance of having the random straight family in attendance at all times. Even still Growlr was heavily stocked with eager new faces that were 0.0 miles away. It really is like a bear run with no run package. It was also fun because there was a different crowd than say TBRU or Tidalwave where you see many of the same faces. Granted there was definitely over lap at Decadence but with a health mix of unknown, unfucked faces. Thumbs up to the Ducks and the Omni, I’m glad I took everyone’s advice and stayed there.
The City
After spending about 4 days in New Orleans I must admitt I didn’t fall in love with the city’s charm as everyone does. The building are pretty and charminng but the city is also dirty with pissed soaked streets and an ever present stench of garbage. Not being a huge drinker I guess the novelty of street drinking is lost on me and I suspect that’s a big reason why people love it here. Like I said, it reminded me of a run and if this whole party was moved to another city that had the same open drinking laws I think I would like it just as much. I guess the actual city didn’t really make it or break it for me and it was the people I enjoyed most.
Overall I give Decadence two thumbs up and would like to return again. With that said, I will remember not to book such a late flight on Monday because I am very ready to go home, kiss my boyfriend, and get back to a normal schedule.