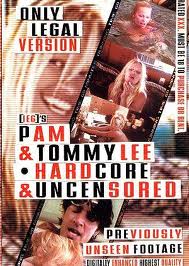 Normally I don’t watch Glee, but this week’s episode staring Gwyneth Paltrow sparked my interest. It also got me thinking about sex scandals. (Puck was going to make a sex tape to become famous) There seems to be a large generational gap when it comes to opinions about putting naked pictures of yourself out in public. Many older adults will warn that it can lead to career suicide. Younger adults usually scoff at that idea and let the world see what their made of. I wonder if this is youth’s reckless abandonment or a progressive social view?
Let’s look back at some famous cases of sex tape/picture scandal. Unfortunately the only examples I could find were from the entertainment industry and politics. Neither of which is the picture of normalcy. 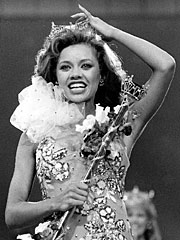 In the world of entertainment there has never been a celebrity brought down by sex. I challenge you to think of one who has? The first case that comes to mind is usually Vanessa Williams. Her Miss America crown was taken away after nude pictures surfaced. However she has gone on to have a successful career and can you name any other Miss America winner? I wonder if getting her crown taken away was the best thing to ever happen to her. Other examples include the celebutante girls like Paris Hilton and Kim K both oh whom got TV shows after their sex tape release. Rob Lowe was taped having sex with a 16 year old back in 1988 and he is still working. Pam Anderson is the queen of the sex tape world and she has gone on to become an American Sex icon.

The Political world is much different. Any hint of sex scandal can end a career. The other major difference is that in Washington the sex scandals are usually a lot juicier. It’s never a simple naked picture leaked or a video exposed. There is always another layer involved. For example ‘straight’ Congressman Chris Lee hunting for trannies on Craigslist.com. John Edwards had a sex tape with his mistress while his wife was at home dying of cancer. Politicians always take it to another level much to the delight of the press. Cheating, prostitution, even hidden homosexuality are all common themes of a politician’s downfall. Remember the congressman in the airport bathroom? I wonder what would happen if pictures came out of a senator having sex with his wife. No lies and no cheating. Could his career survive? Would he be commended for being one of the few in Washington who had a loving passionate relationship with his wife? No one knows but I’d be curious to find out.
The lesson is: If you’re going to be in politics keep your dick in your underwear. Otherwise be free and send me the link to your Xtube account.